El Grande Group > Blog > Business > Mexico in pursuit of a ratified North American Free Trade Agreement while gaining territory in the trade war between the US and China. 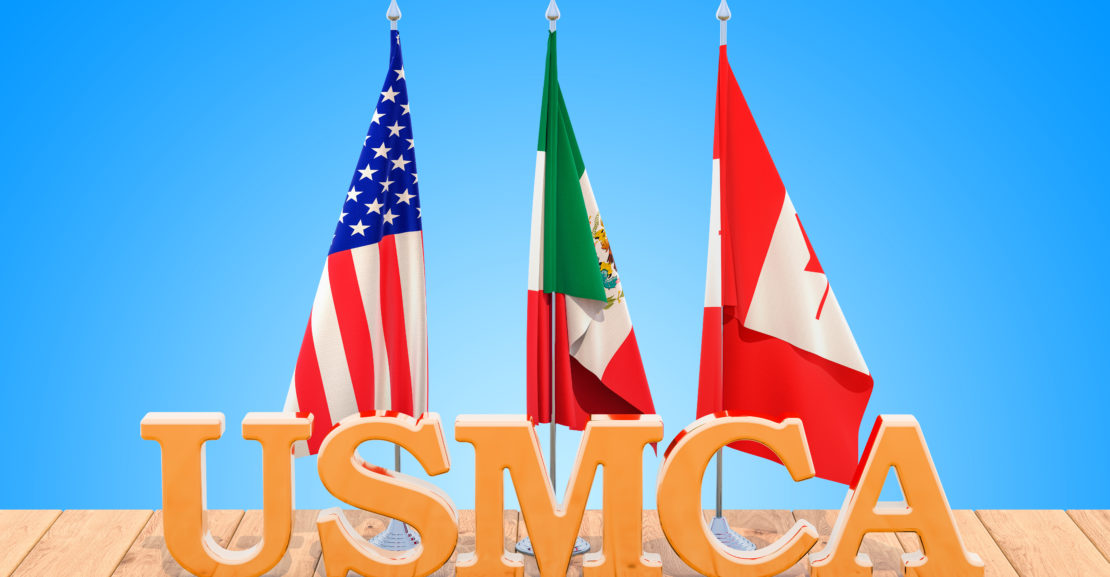 All 3 countries in North America reached an international Free Trade Agreement in September 2018, finally ending a year-long period of negotiations regarding NAFTA terms. This new trade agreement will regulate over $10 billion in commercial exchange between all 3 countries, which is why the ratification of this agreement must be settled this year.

What Mexico, Canada, foreign investors, key commercial partners and key negotiators are seeking to avoid is the USMCA being held hostage and used as a weapon in the 2020 US presidential elections, forcing Canada to turn to the urns again to validate any modifications.

Time isn’t necessarily on Canada’s side either, as they will go through Prime Minister elections in October and their Parliament leaves for a recess during the summer, rendering it almost impossible to complete the ratification process before the end of the year.

For national and international companies, this potential delay would mean uncertainty for investments in any of the 3 regions and a lack of clarity on the legal framework that would be used to ensure long-term investments by private owners.

Andres Rozental and Marcelo Ebrard, ex-Secretary and current Secretary of Foreign Affairs of Mexico, strongly believe the agreement will be approved this year as several experts have mentioned that if President Trump wanted to leave NAFTA, he would have done this a long time ago, but the economic ties the US has with Mexico and Canada are stable, dependent and strong.

Canada and Mexico have made several efforts of being exempt from tariffs that were applied to steel products last year by the US government, so both Mexico and Canada are pushing to reach a solution for this specific problem. Some of these solutions include imposing tariffs on US products imported into their own countries, but this solution isn’t necessarily the best as President Trump recently threatened imposing tariffs on Mexican-made cars exported into the US unless Mexico collaborates in other political areas.

Secretary of Foreign Trade of Mexico, Luz Maria de la Mora, mentioned that these negotiations have brought important legal changes that benefit Mexican workers and level the field for the FTA in North America, such as strengthening labor unions and improving labor rights for workers.

Despite the uncertainty in North America, Mexico is victorious in another trade war that has nothing to do with the country. The China–US trade war. Mexico has become an excellent alternative for businesses interested in moving entire supply chains that are being affected by the tariffs imposed between the two economic giants. Moving to Mexico, regardless of the USMCA, makes sense and offers business advantages in other ways.

Mexico’s logistics industry has increased their shipments by 10% in 2018, and if you take into consideration the renewed trade agreement between Brazil and Mexico, and the new rules of origin established by the two largest Latin American economies, 40% of automotive components and cars sold in Latin America must be 40% Mexican or Brazilian.

Mexico is the largest producer of vehicles in Latin America and the sixth globally. In 2018, the country exported 78,440 units to the South American country, 60% more than in 2017, when 49,043 vehicles were shipped, according to data from the Mexican Association of the Automotive Industry.

This is why companies such as El Grande Group have concentrated their efforts on optimizing supply chains to help facilitate foreign operations through warehousing and logistics in Mexico to satisfy the “Just-In-Time” factor that OEM’s, Tier 1’s and 2’s require. El Grande Group helps foreign companies set up their operations in a smooth manner through a robust human resources platform, industrial facilities, technological platform, logistics, legal support and more.