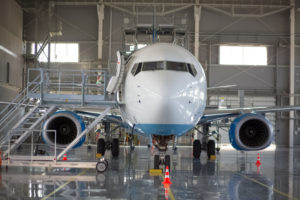 The international aerospace industry has gained a solid foothold in Mexico, as evident in the 17.2% annual sector growth experienced over the last 9 years according to data from the Ministry of Economy, placing it as the sixth largest provider of U.S. and solidifying Mexico’s position as world leader in the aerospace industry.

Among the many reasons why investors in the aerospace sector have selected Mexico as their manufacturing center, apart from its strategic location and easy connectivity, is the high degree of technological sophistication of its exports and the skilled workforce of both its technicians and engineers.

According to estimates by the Strategic Program of the Mexican Aerospace Industry, led by the Ministry of Economy, the aerospace sector will export over twelve billion dollars by the year 2021. This will place Mexico in the top 10 sites worldwide in regards to exports (12.3 million dollars a year) and place this industry as one of the most dynamic manufacturing branches of the country.

In 2017, the aerospace industry grew by 11% in the first quarter of the year alone. A sizable increase when compared to the first months of 2016 despite the same levels of direct foreign outflow.

Mexico is in the top 15 list of suppliers in the global industry and has attracted companies such as Bombardier, Grupo Safran, General Electric (GE), Honeywell and Eurocopter, who now top the list of the 330 companies that are now established in Mexico. In 2004 there used to be only 100 established mainly in Querétaro, Chihuahua, Nuevo León and Baja California.

Countries like Canada, France, and the United States completed investment projects in excess of 933.45 million pesos (MDP), according to data from Mexico’s Aerospace Summit, which will generate more than 50,000 registered aerospace jobs in 2016.

The aerospace sector in Mexico will continue to grow along with industries like automotive, electrical, electronics, food, plastics, textiles, and many others. The value that this country offers investors worldwide makes it the ideal destination to grow any business.

You too can reap the great benefits Mexico has to offer. The Grande Group, together with its Growth-Committed Experts, can help you solve all the challenges and logistics necessary to make your transition to Mexico easy and profitable.

Let El Grande Group’s full-time staff knock on doors and open them for your company!