The Die Casting Industry in Mexico: On the Rise 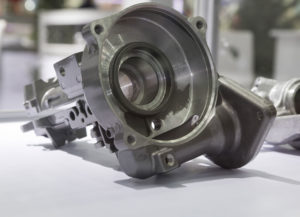 Worldwide, the Mexican Die casting industry is the tenth most important. Placing Mexico as one of the largest producers of injected metal parts – according to information from the
Mexican Society of Smelters (SMF).

The more than 25,000 companies related to this industry generate 350,000 direct jobs, an estimated 25,000 indirect jobs, and managed to exceed 30 billion dollars in 2016 – while considerably influencing the Gross Domestic Product of manufacturing according to the Diecastingexpo portal.

The success of industries like automotive, construction, aerospace, energy, electronics, and many others have positioned Mexico itself as one of the sectors that, at the global level, has the greatest attraction of direct foreign investment, with the presence of more than 25 Countries that either directly or indirectly have invested in said sector, according to data from the SMF.

“In recent years, the metallurgical and metal-mechanic sector of Mexico has established itself as one of the most powerful in the world in a highly technical and efficient industrial industry such as Die-casting”, said José Luis Grajales Zaldívar, president of the SMF, for the Somos Industria magazine.

Likewise, Patricio Gil Ramos, representative of the American Foundry Society (AFS), pointed out for the same media that in the last six years, 26 new foundry companies have been built in Mexico, both ferrous and non-ferrous, which translates into a new foundry company every three months.

Take advantage of the wide supply system of the die casting industry in Mexico! El Grande Group can help you expand your operations as little as 90 days!

The Die Casting Industry in Mexico: On the Rise