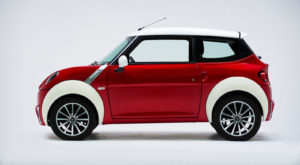 In recent years, Mexico has shown that it has taken the necessary steps to shift from being a country that only performs traditional manufacturing jobs to becoming one that also creates and develops products and components that require specialization. This factor has attracted a large number of new investors, not only because of the country’s ability to deliver quality products but also for the ability to develop newer products – such is the case of the Zacua Coupé.

The initial vision to make an investment in electric vehicles in Mexico began almost 17 years by a group of entrepreneurs. With the passage of time, and with the improvement of the supply in the country, this dream materialized with the advent of the Zacua Coupé.

Zacua, a Mexican company, created an environmentally-friendly two-seater electric vehicle with advanced technology that also meets the regulatory demands of cities such as Mexico City. The vehicle is produced in Puebla.

Zacua aims to make most of its parts in Mexico including the battery, the engine, converter, charger, and powertrain, among other elements. The chassis dress and few other components will be produced through a commercial agreement between French Chatenet – also credited with the design of the vehicle – and the Spanish company, Dynamik Technological Alliance, which is responsible for engineering the Zacua Coupé. However, according to Jorge Martínez Ramos, executive president of Zacua, it is expected that in the near future all the components of this vehicle will be manufactured in Mexico.

Mexico not only manufactures products of great quality and sophistication but also creates them! Do not wait any longer and bring your business to Mexico. The experts at El Grande Group can help you with Tailored Solutions to Bring Your Manufacturing Operations to Mexico!