One important reason to choose Mexico for your manufacturing operation is that you can be confident of a quality, low-cost, well-trained labor force that meets your standards, enhances company profitability and contributes to maintaining your Corporate Image of excellence. Many other factors make doing business in Mexico the right decision for growth and profitability. Here are just a few to consider. 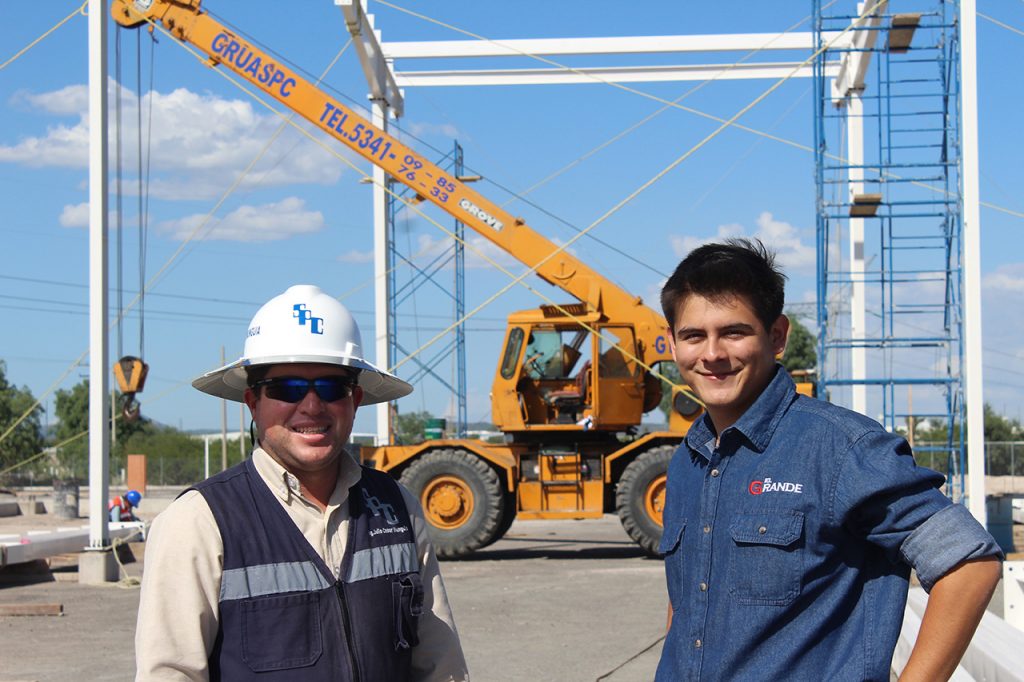 Mexico offers competitive costs–not just compared to other Latin American countries, but also when competing with China and many Far East Countries. Alix Partners Index of Manufacturing-Outsourcing Costs 2013 ranked Mexico as having more competitive costs than China or the United States for manufactured parts, assemblies and consumer products. According to the Global Benchmark Report 2014, Mexico occupies first place in terms of productivity per working hour, surpassing countries like Korea and the United States.

Mexico is experiencing explosive growth and building expertise in high-end industrial sectors. Mexico responded to cost competition in other countries by making more valuable products and thus the Automotive, Aeronautical, Electronics and Appliance markets have significantly grown. The number of Industry “Clusters” reflecting the Aerospace, Automotive, Electronics and Appliance sectors continues to increase and can be found throughout the country. One example of this is the large industrial hub “cluster” in the state of Guanajuato, where you will find companies such as Honda, Mazda, Toyota, Ford, Rolls Royce, and Bombardier, just to name a few. 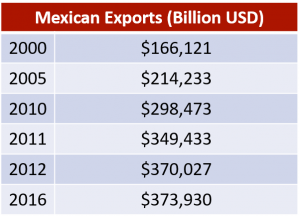 Mexico has a well-trained and well-educated workforce. Its many Universities and Technical Schools help add to a capable bilingual work force and make it possible to find the right workers at the right skill level. Mexico’s labor rates are competitive and productivity is higher than many other countries traditionally considered ‘low cost’ in the past. I.e. China. (Bloomberg)

More than 110,000 engineers graduate every year. 65% of the total population age is between 15 and 64 years. It is expected that this percentage will remain unchanged for two more decades. (Source: http://www.promexico.gob.mx)

The NAFTA makes Mexico the gateway to important global markets. The NAFTA market is worth almost 19.9 trillion dollars (IMF) (Global Affairs Canada) Mexico has a network of free trade agreements including NAFTA with 44 countries. This expands the Mexico cost advantage.

Intellectual Property Protection. Laws and regulations in Mexico are very similar to the US in protections and enforcement. Many Intellectual property protections are in place as part of the NAFTA .